Eudora was an email client named after American author Eudora Welty, an American novelist and novelist who wrote about the American South, for her short story “Why I Live in PO”. Welty, who was alive when the program began (1988), was reportedly “happy and surprised.” The software was used on the Apple Macintosh and Microsoft Windows operating systems, but is no longer being developed.

Eudora is notable for offering many settings to customize the behavior, many of which were not available in the UI but accessed through x-eudora-settings URIs that had to be pasted into a message and clicked.

Eudora was acquired by Qualcomm in 1991. Initially distributed for free, Eudora was commercialized and offered as both a lightweight (free) and a professional (commercial) product. Between 2003 and 2006, a full Pro version was also available as “ad-mode” (adware). In 2006, Qualcomm stopped developing the commercial version and sponsored the creation of a new open source version based on Mozilla Thunderbird, codenamed Penelope, later renamed Eudora OSE. Development of the open source version was discontinued in 2010 and officially ended in 2013.

Select “Tools | Personalities” from the menu in Eudora 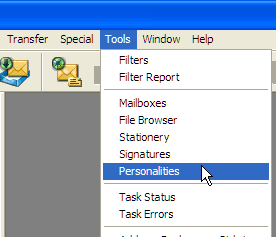 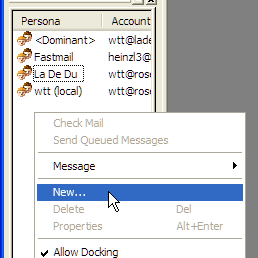 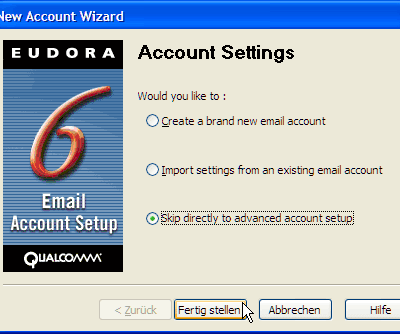 Enter “Gmail” under the person’s name

Go to the Inbox tab