Math doesn’t have to be difficult if you use Excel.

As with all basic math operations in Excel, if you want to add two or more numbers, you create a formula. Formulas quickly find the sum of several digits.

Here are some important points to remember about Excel formulas:

Using cell references next to formulas

In the sample data below, rows 2-4 use the formula in column C to add data to columns A and B. In row 2, the result is calculated using the addition formula = 5 + 5. 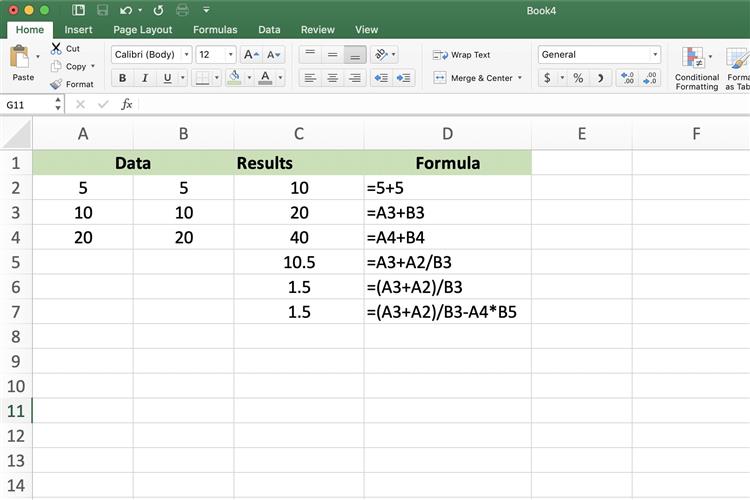 Lines 3 and 4 show how to enter data into table cells first and then use the addresses or references of those cells in the formula. For example = A3 + B3.

An advantage of using cell references instead of the actual data in a formula is that if you want to change the data, you replace the data in the cell instead of rewriting the entire formula. Formula results are automatically updated when the data changes.

To add multiple numbers arranged in the same column or row on a worksheet, use the SUM function, which provides a shortcut for creating a long addition formula.

Although you can enter the above formula in cell C3 and display the correct answer, it is easier to use a period and click to add cell references to formulas. This reduces the chance of errors caused by an incorrect cell reference.

Point and click to select a cell that contains data so you can add the cell reference to the formula instead of manually typing it into the cell.

Use the addition formula in Excel

Creating the example below in cell C3 is very easy if you use a formula to sum the values ​​of cells A3 and B3. 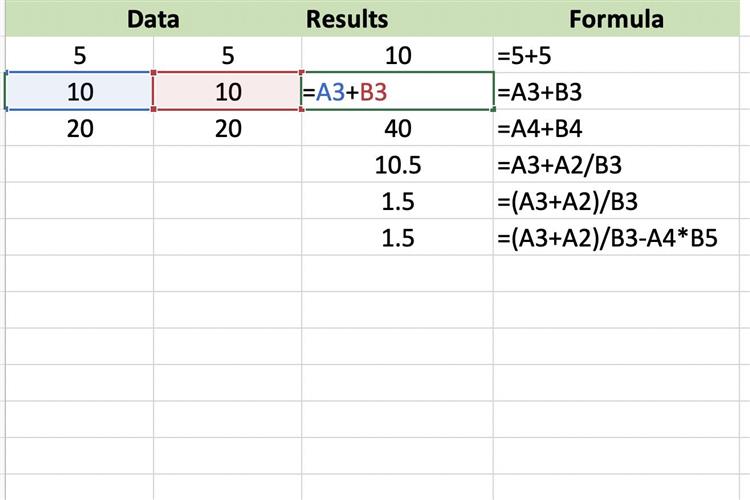 To create an addition formula:

If you want to change or correct the formula, you have two options:

Before combining several math operations in a formula, make sure you understand the sequence of operations that Excel follows when evaluating a formula.

The Fibonacci sequence, created by the 12th-century Italian mathematician Leonardo Pisano, forms a continuous series of increasing numbers. These series are used to mathematically explain various patterns in nature, such as: 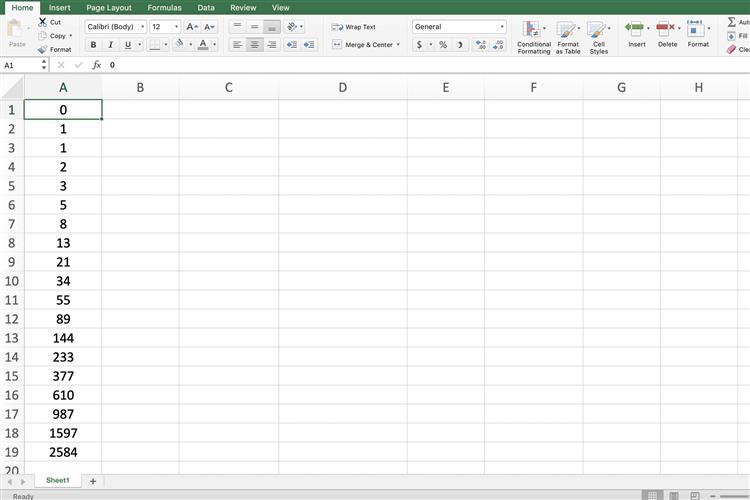 After the first two numbers, each additional number in the sequence is the sum of the previous two numbers. The simplest Fibonacci sequence, shown in the image above, starts with the numbers zero and one.

Since the Fibonacci sequence involves addition, it can be created using the addition formula in Excel, as shown in the image above.

The following steps describe how to create a simple Fibonacci sequence using a formula. The steps include creating the first formula in cell A3 and then copying that formula to the remaining cells using the fill handle. Each iteration or copy of the formula adds the previous two numbers in the sequence.

To create the Fibonacci sequence shown in the example: