Here are two ways to change the animation speed applied to an object in PowerPoint. The first is the fastest method while the second offers another method that also offers additional animation options. You should have an idea of ​​how much time you want to spend on PowerPoint animation.

Use the quick method to change the animation speed

The speed of each animation is set in seconds and fractions of a second, up to hundredths of a second.

Another way to access these settings is in the Effect Options dialog box.

Before closing the Effect Options dialog box, click the the effect to quickly add effect options, such as changing the direction of text input as it appears on the slide. 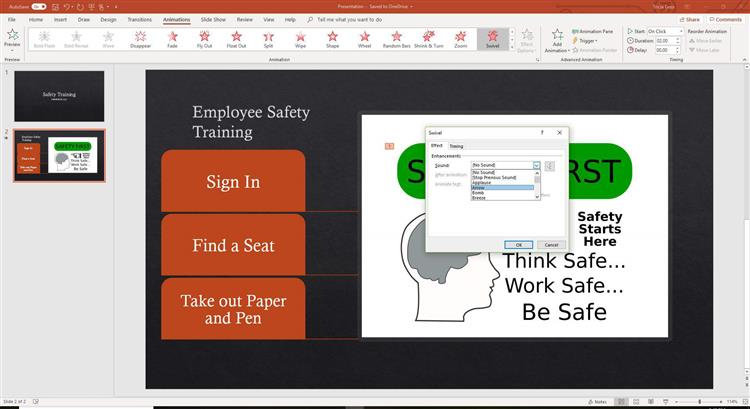 With the dialog closed, there is another way to add an effect to the animation. Select animation and choose Animations † Effect options to display a list of possible effects for the type of animation being used.