We are used to looking up telephone numbers by name and address, but sometimes it is very important to know who a certain telephone number belongs to. Often you come across numbers and want to know who they belong to: the number of a private subscriber who made a missed call, or a number you wrote down somewhere, but forgot whose number it is. Finding the owner of a phone number is called reverse lookup.

Since each number must be assigned to a person or company, you should technically be able to trace that number back to that person, but you won’t always get satisfactory results. In fact, there is no reliable and reliable number lookup system. It doesn’t work like a phone book, where everything is systematized, approved and complete.

Most people want to keep their numbers private and it’s up to the carrier to make sure it stays that way. You will not receive these kinds of services from telecom companies, unless you only use landline numbers. But many people look up phone numbers in reverse for mobile and VoIP numbers, which makes it even more difficult. Some services require you to pay to look up cell phone numbers, but as the communications industry develops, free services are becoming more common and quite effective.

When it comes to landline numbers, you get them from phone service providers listed in their phone book. But mobile phone numbers are often from different and often competing mobile operators. Reverse phone lookup engines have to act like cranes and scanners to feed their databases. In fact, behind every reverse lookup app or site, there’s a mechanism that captures every phone number that’s in range, along with all the information that accompanies it about its owner — name, address, country, and even pictures.

Some applications even pull information from their users’ contact lists and feed their databases from them. They also examine their users’ communication networks and connections and intelligently extract meaningful information to substantiate data around phone numbers. So if you are looking for a reliable phone number lookup app or service, look for the one with the largest number database.

So it’s not necessary for every phone number to have an entry in any of the reverse phone lookup databases, and those that do have an entry don’t necessarily have meaningful data about their owners. In fact, most phone numbers (especially mobile numbers) are missing from these databases. That’s why you don’t always get satisfactory results. But this is about to change with the intrusive nature of scanners running behind reverse lookup applications and the pace of updating third country markets.

You will definitely get results, but not always what you want. For example, applications can easily determine which country a number comes from and which operator is running it. For example, you might see the result of something like “Manhattan, Sprint.” No name. While this may be helpful to some, it’s not what people want from a reverse phone lookup.

Another problem you may encounter when looking up reverse phones is outdated information. The lookup service may have collected information about the previous owner of the phone book number. When searching, skip the new owner and get the old one.

On the other hand, we should note that some applications give a huge number of views. So much so that many of them offer a paid reverse phone lookup service and refunds in case the results aren’t what you expect. For example, TrueCaller boasts of having over two billion numbers in its database, and more interestingly, it’s free. However, you may be asked to add something in lieu of money. For example, you may be asked to sign in with your Facebook or Google account to use a free service. 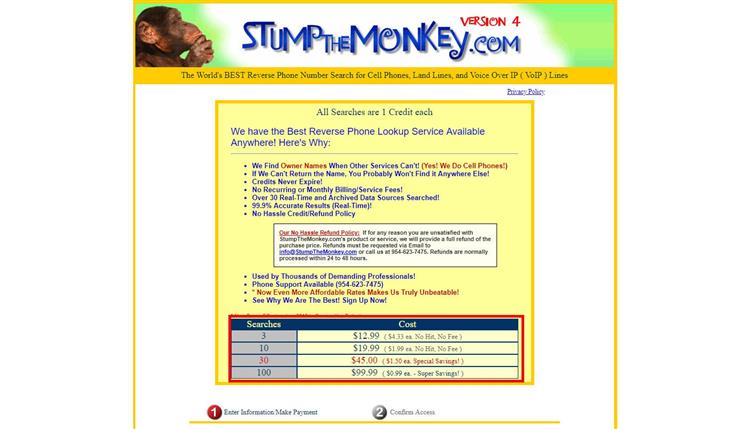 Reverse phone lookup is free and paid. It is usually free for landlines, but if you want to find the owner of a mobile number, you have to pay. I’d say you “had to” pay because there are so many apps that offer this service for free. There are interesting sites and apps for Android and iOS that have quite huge databases of mobile and landline numbers and offer free and unlimited free reverse lookups.

You should not consider the cost of a reverse phone lookup just in monetary terms. You should be aware that you are also paying for privacy. By installing and using the reverse lookup application on your smartphone, you grant the service all rights to use your number and any information they collect about you and submit it to their database records so that other people can find you when they search for your number.

As mentioned above, some free services require you to sign in to your Facebook or Google account before you can use the service for free. Most people have already signed up for their services in their browser, so they are not prompted. Guess why they want to serve you in your personal social media account? In this way, they can extract the maximum information from your account, which is full of links to other people and full biological data about these people. This is how they build their database.

When testing a reverse number lookup application, one of the cell phone numbers tested yielded a misspelled name and picture that was apparently taken without knowledge. We came to the conclusion that the application scanned this name and an image from the contact list of one of the acquaintances who had saved this number on their smartphone with the name of the owner of the mobile phone and the photo they misspelled.

The terrible thing is that even if you try to stay away from these privacy violators, chances are your data is already in their database. What can you do about it? Not much, except that you can request that your phone number, and then all data associated with it, be removed from the list. We know TrueCaller offers this. But every application is different.

Here are some websites where you can search for songs without installing an app on your smartphone. Keep in mind that these sites are North American which means that your chances of getting numbers from other parts of the world or even the continent are quite slim.

Whitepages.com is probably the most popular in North America. It offers a very simple yet beautiful interface with four interesting options.

First, you can search for people like by name. The reverse lookup of the phone is done in the second tab. Make sure to click there before entering the number.

The third option is reverse address lookup – you enter someone’s address with maximum accuracy. You may not be able to find mobile numbers for this. Finally, the fourth option allows you to search for public numbers.

The service has both a premium offering and an app, but is not directly related to reverse phone lookup. Whitepages.com has over 200 million submissions and is limited to the US. You can also use the android app as a caller ID app. 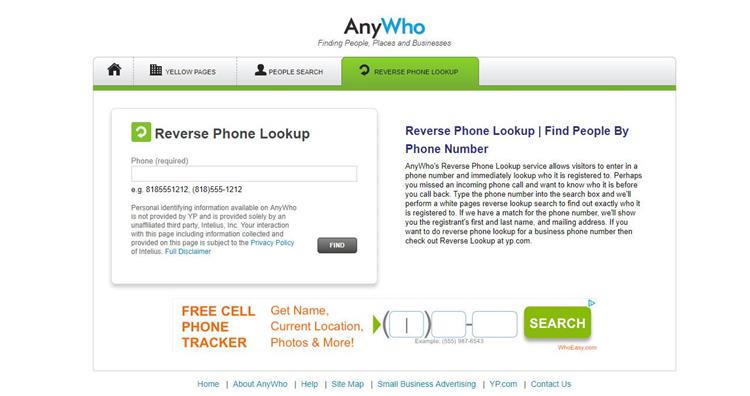 Along with the white page service as an electronic electronic telephone directory, AnyWho offers a reverse lookup. But cell phone numbers are not available here. You only get US numbers. So you are quite limited. The only advantage is the algorithm that allows you to search for a directory in reverse order.

Getting information about cell phone numbers is more difficult, but as mentioned above, there are many solutions. There is TrueCaller, which has a catalog of about 2 billion numbers, mainly in India and Asia.

There are also many similar applications that you can install on your smartphone to search. Other candidates include Hiya (formerly known as the WhitePages app), Mr. Number, call control and do I have to answer, just to name a few.