Imo is considered to be one of the many messaging apps vying for users. While the app deserves praise for its clean design and free HD-quality video chat, it doesn’t offer a wider ecosystem of tools that sets it apart from its peers.

The mobile version of Imo supports HD quality voice and video calls, as well as text messages with a library of stickers. You can even participate in group video calls.

The end-user experience for Android and iOS is different, according to online reviews. The Android version has been installed more than 500 million times; it has a 4.3 rating with over 5 million ratings. Overall, Google Play users seem to love Imo and rate it the same or better than similar apps.

The Apple App Store paints a different picture, with a rating of 3.3, just under 35,000 reviews, and a very high one-star rating. 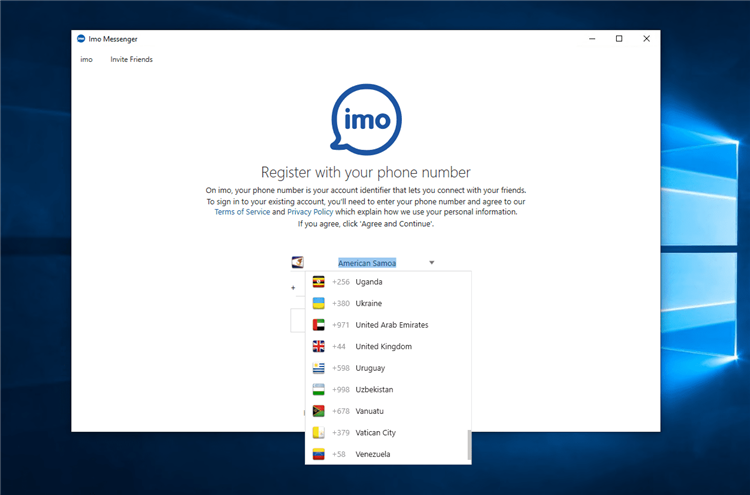 The main problem with Imo on desktop is that you cannot launch the app without first installing the app on your mobile device. Even worse, if you live in the United States, the app (at least version 1.2.50) doesn’t support the United States in the recognized list, even though Americans are free to download and use mobile apps.

While it is good that Imo offers native desktop clients, they are not as fully featured as their mobile counterparts. They are updated less often and the approach of the service seems to be geared towards mobile devices.