The INDIRECT function, as the name suggests, can be used to: indirect cell references in a worksheet formula. This is done by entering a cell reference in the cell read by the function.

Find data with the INDIRECT function 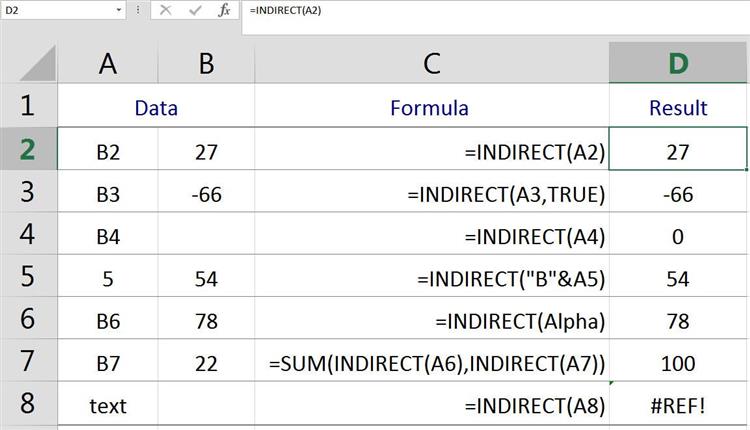 As shown in the example above, the INDIRECT function in cell D2 returns the data that is in cell B2 (the number 27), even if it does not contain a direct reference to this cell.

Here’s how it goes:

INDIRECT is often combined with other functions, such as the OFFSET and SUM functions shown in line 7 of the above example, to create more complex formulas. For this to work, the second function must take a cell reference as its argument.

A common use for INDIRECT is to change one or more cell references in a formula without editing the formula itself.

The syntax for the INDIRECT function is:

Ref_text (necessary). A valid cell reference (can be an A1 or R1C1 style reference) or named range. See line 6 in the image above where cell A6 is named alpha.

A1 (not necessary). A Boolean value (TRUE or FALSE only) that specifies which cell reference style is included in the Ref_text argument. 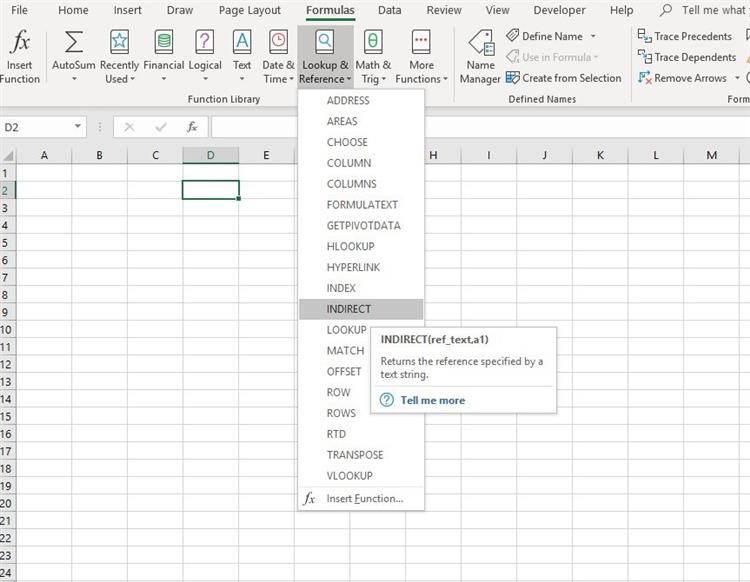 You can manually enter the entire formula into a worksheet cell, for example:

Entering manually in Excel Online is the best option because the online version of Excel doesn’t have as many features as the desktop versions.

Another option is to use the function dialog box to enter the function and its arguments into cell D2, as described in the steps below.

Number 27 appears in cell D2 because that is the data that is in cell B2.

When you select cell D2, the full function =INDIRECT(A2) appears in the formula bar above the worksheet.