Both tables work in the same way, with only a few key differences.

In Microsoft Excel and Google Sheets, it is a single cell created by merging or merging two or more separate cells. Both tables merge cells horizontally, vertically, or both.

This procedure works in the current version of Google Sheets and in all versions of Microsoft Excel since Excel 2010. 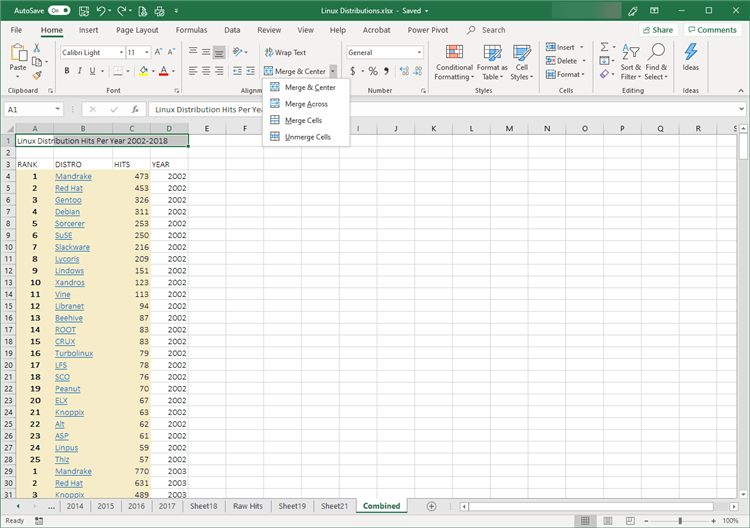 Excel provides one-click access to the Merge Cells tool. Just select the cells you want to merge – they must be horizontally or vertically adjacent – then press the button Confluence and Center in the Alignment section on the Home tab.

When you click the button, the selected cells are merged by default and the contents in the top-left cell are centered over the entire merge. To change this behavior, click the down arrow next to the button and choose an alternative behavior:

While the Merge & Center feature is most commonly used to consolidate row-level headings in reports, you can also merge cells vertically, or even rectangles. However, you cannot merge non-adjacent cells. 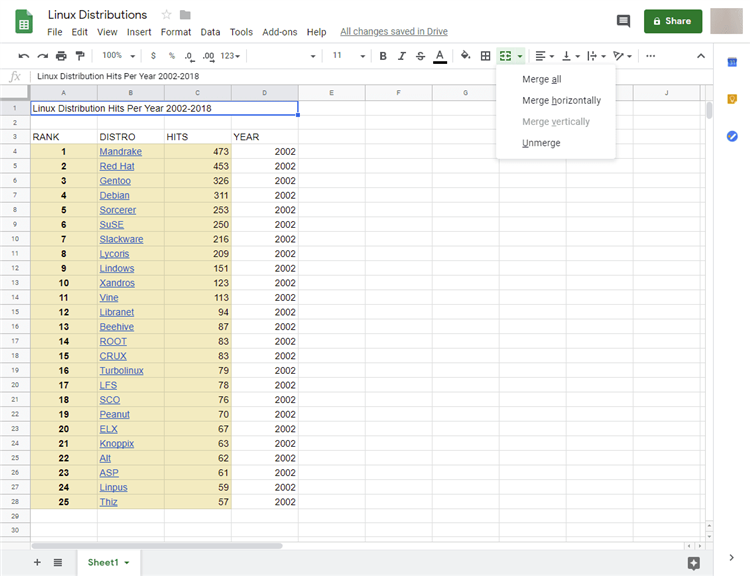 Like Microsoft Excel, Google Sheets also offers one-click access to the merge feature. Select the cells you want to merge and click the merge icon in the toolbar – it looks like a square with arrows pointing inward.

The default behavior is to merge all cells, but clicking the down arrow next to the icon opens additional merge types:

Merges in Google Sheets only keep the contents of the top-left cell within the merged range. You can only merge cells into contiguous blocks.

If you lose data in a mail merge, use the undo feature in Microsoft Excel or Google Sheets. However, if you cannot undo the operation, deleting the cells will not restore the data because the data is deleted as part of the merge procedure.