Use formulas, format percentages and more

Like Excel, the Google Sheets spreadsheet program does not have a DIVIDE function. Instead, you create a formula in Google Sheets to perform division operations. Learn how to create a formula, how to deal with errors that may occur, and how to use the DIVIDE formula for percentage results.

To divide two numbers in Google Sheets, create a formula. 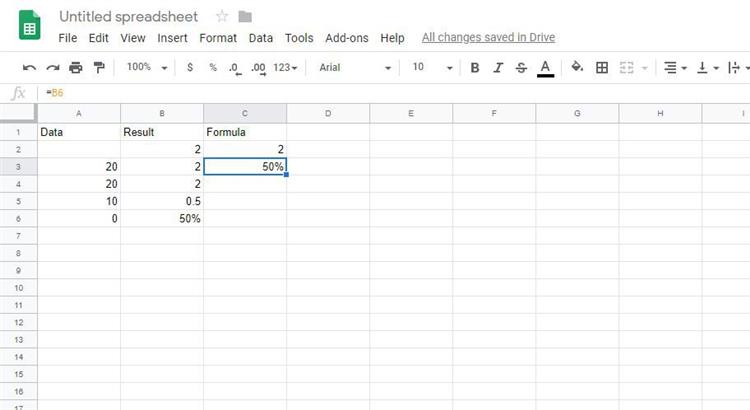 You can enter numbers directly into the formula, as shown in lines 2 and 3 in the image example.

However, it is much better to enter data into table cells and then use the addresses or references to those cells in the formula, as shown on lines 4 to 6 in the example.

Formula results are automatically updated when the data changes.

The formula in cell B4 of the example is: 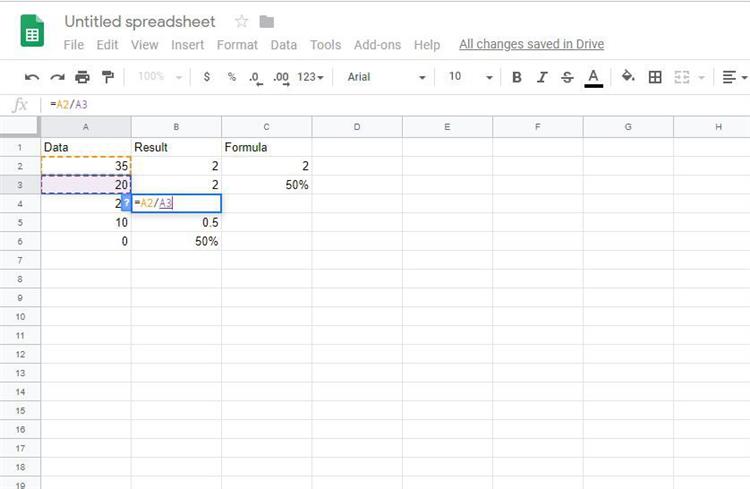 Although you can type the formula

to cell B4 and that cell shows the correct answer 2, it is better to use pointer and click or pointer to add cell references to formulas, especially those with long formulas.

This minimizes the chance of errors when entering an invalid cell reference.

Hover over a cell with data and click it to add the cell reference to the formula.

To enter a formula: 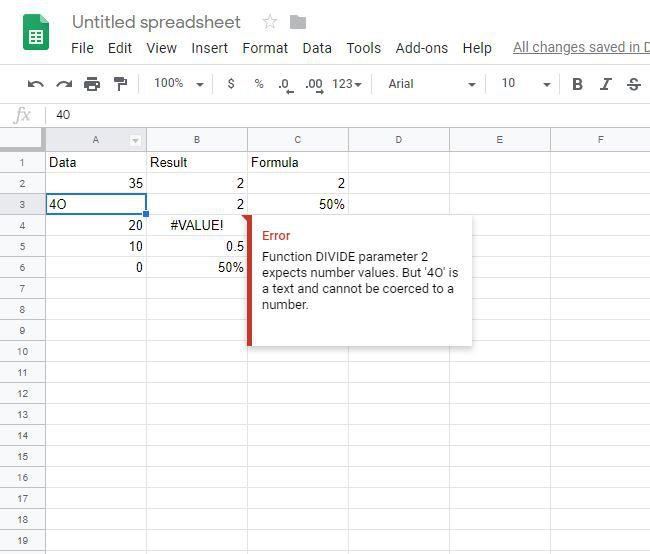 To test the value of using cell references in a formula, change the number in cell A3 from 20 to 40 and press the key Enter on keyboard.

The answer in cell B2 should be automatically updated to 4 to reflect the change in the data in cell A3.

The most common error in divide operations is the error value # DIV/O! .

This error appears when the denominator in a division formula is zero, which is not allowed in regular arithmetic. 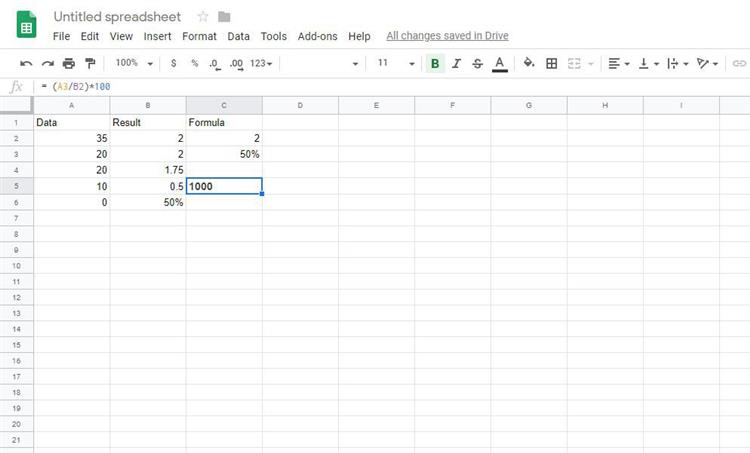 A percentage is simply a comparison of two numbers using the division operation.

More specifically, it is a fraction or decimal that is calculated by dividing the numerator by the denominator and multiplying the result by 100.

General form of the equation:

When the results of a division operation (or quotient) are less than one, Google Sheets presents them as a decimal by default, as shown in the fifth line, where:

This result can be changed to a percentage by changing the formatting in the cell to percentage format of Auto Auto Format as shown by the 50% result shown in cell B6 of the example.

This cell contains the same formula as cell B4. The only difference is the formatting in the cell. When percent formatting is applied, the program multiplies the decimal value by 100 and adds a percent sign.