With the introduction of the enhanced Image Trace feature in Adobe Illustrator CS6 and subsequent updates, a world of possibilities has opened up for graphics software users who want to trace line art and photographs and convert them into vector graphics. Users can now convert bitmaps to vectors and PNG files to SVG files with relative ease with Illustrator.

This process works best with an image where the subject stands out clearly against the background, such as the cow in the image above.

To add a track image, select File > After and find the image you want to add to the document. When you see it Place gun click and the image clicks into place.

To start the tracking process, click once on an image to select it.

When converting an image to vectors, areas of adjacent colors are converted to shapes. The more shapes and vector dots, like the one in the village image above, the bigger the file size and the more CPU resources it takes to run the computer to display all those shapes, dots, and colors on the screen.

If an image is present, the most obvious starting point is the Image Tracking drop-down list in the Illustrator Control Panel. There are many options aimed at specific tasks; You can try them all to see the result. You can always return to the starting point by pressing Control Z (PC) or Command Z (Mac) or, if you really messed up, by choosing File > Yield .

When you select the Trace method, you will see an indicator that shows what is happening. When it ends, the image is converted into a series of vector paths. 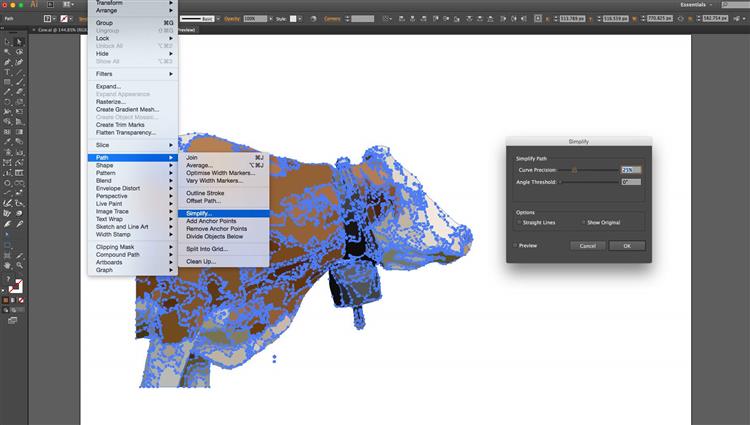 Selecting a trace result with the selection tool or the direct selection tool selects the entire image. To see the paths themselves, click the button To expand on the control panel. The trace object is converted to a series of paths.

In the case of the image above, we can select and delete the sky and grass areas.

To further simplify the image, we can choose: An object > Path > Simplify and use the sliders in the Simplify panel to reduce the number of points and curves in the traced image. 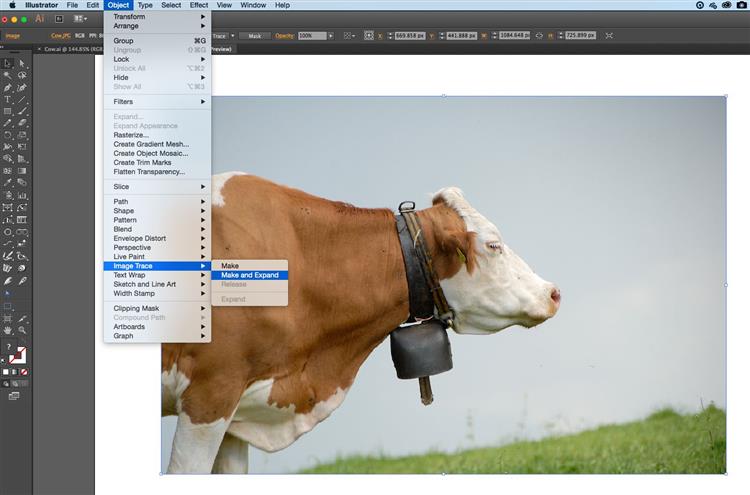 Another way to track an image appears in the Object menu. When you choose An object > Image track you have two options: To do and Create and deploy . The second choice follows and then shows you the paths. If you don’t trace a pencil or ink sketch or solid color line art, the result will usually be black and white. 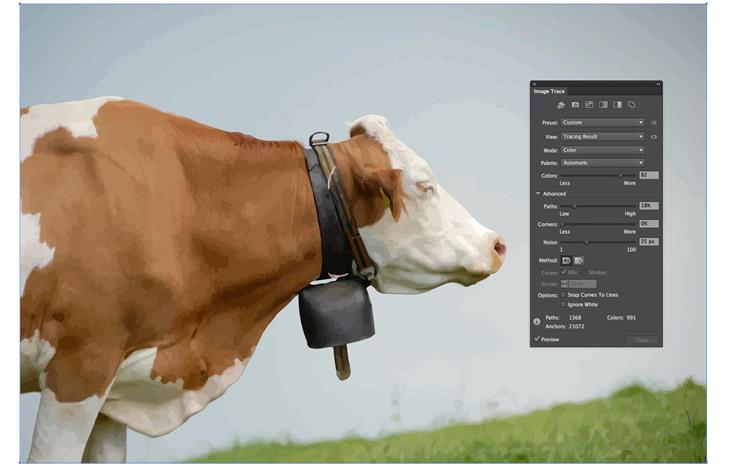 If you need more control over tracing, open the Trace Image In panel window > Trace Image .

The icons in the top left and right corners are preset for Auto Color, High Color, Grayscale, Black & White, and Line. The icons are interesting, but the real power is in the Preset menu. It includes all the options in the control panel, plus you can choose your own color mode and palette to use.

The “Colors” slider is a bit odd; it measures in percent, but the range varies from less to more.

You can change the trace result in the options Additionally . Note that the image will be converted to colored shapes, and the Paths, Corners, and Noise sliders allow you to change the complexity of the shapes. As you work with the sliders and colors, you will see the values ​​for the contours, anchors, and colors increase or decrease at the bottom of the panel.

Finally, the Method area really has nothing to do with angles. It has to do with how paths are created. You are given two options: the first is contiguous, meaning all paths collide with each other. The other is Overlap, which means that the paths are superimposed. 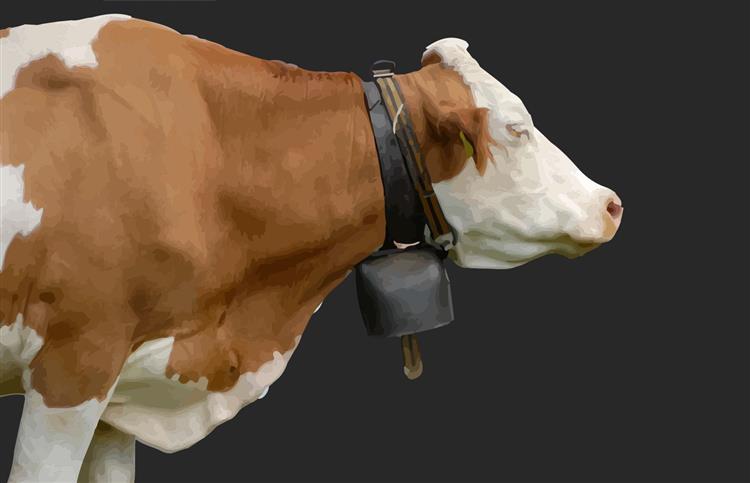 After the trace is complete, you can delete part of it. In this example, we just wanted a cow with no air or grass.

To change a tracked object, click the button To expand on the control panel. This turns the image into a series of editable paths. Switch to instrument Direct selection and select the paths you want to edit.