We’ve all seen it. A capital letter in a magazine layout that is not filled in in black ink, but is filled with an image whose subject is directly related to the subject of the article. This is both noticeable and, if done properly, the article actually supports. If the reader or user cannot understand the context of the image, the technique is reduced to just an image showing how smart it is.

The key to technique is the right choice of font and image. In fact, the choice of type is critical because it is the shape of the letter that will be used as the image mask. When it comes to filling letters with images, weight (,: Roman, Bold, Ultra Bold, Black) and style (e.g. Italic, Oblique) should take into account the decision to fill the letter with an image, because while the “Cool” effect, readability is more important. Also keep in mind the following:

Let’s get started with that in mind.

Create a document in Adobe InDesign 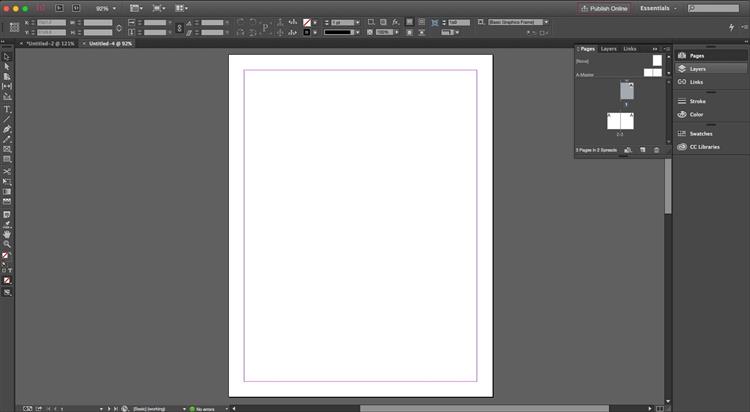 The first step in this process is to open a new document. When the dialog new document open, use the following settings:

Create a letter to use as a mask in Adobe InDesign 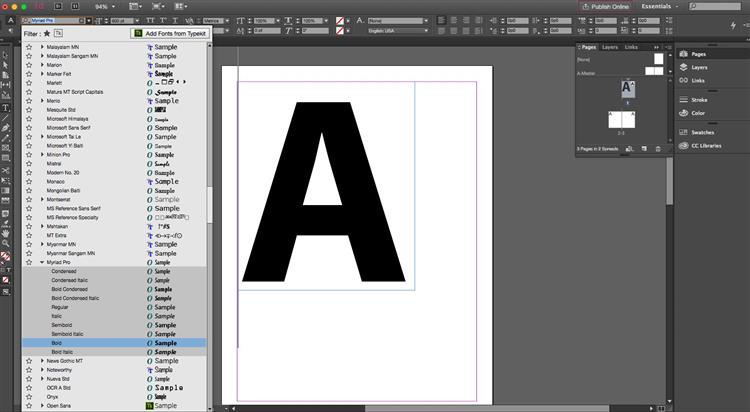 Now that the page has been created, we can now turn our attention to creating a letter that will be filled with an image.

Select Tool type: † Move your cursor to the top left corner of the page and drag a text box that ends approximately in the middle of the page. Enter a capital “A”. With a letter selected, open the font popup in the Properties panel at the top of the interface or in the Character panel and choose a distinctive serif or sans serif font. In this case we use Myriad Pro Bold and set the size 600p t.

Switch to the Selection tool and move the letter to the center of the page.

The email is now ready to become an image instead of text. After selecting a letter, select Type > Create Outlines † While it may not seem like much has happened, the letter has actually been converted from text to a vector object with a stroke and fill.

Now that the letter has been converted to vectors, we can use that letter to mask the image. Select the selected letter with the Selection tool and select File > Place † Navigate to the location of the image, select the image and click Open † The image appears in the form of a letter. To move the image within the letterform, press and hold on the image and a “ghost” version will appear. Drag the image around to find the view you want and release the mouse button.

To zoom in on an image, hover over it and the target will appear. Click on it and you will see a selection box. From there you can be in the center of the image.